THE ADVENTURES OF POW WOW,
The Indian Boy 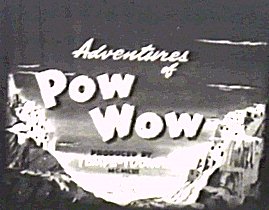 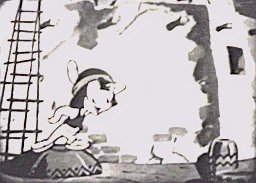 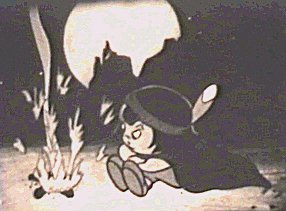 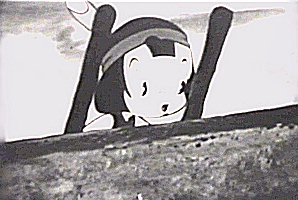 Based on Indian folklore, The Adventures of Pow Wow first appeared from January 30, 1949 through March 13, 1949 as a very limited-animation local 15 minute Sunday morning program on New York's WNBT-TV. It reappeared in 1956 as a series of 52 five minute black and white films on CBS-TV's Captain Kangaroo show. Pow Wow was syndicated by Screen Gems to the eleven western U.S. states which did not air Captain Kangaroo at the time.

The series left Captain Kangaroo's show in early 1958 and was syndicated beginning in May, 1958 as filler for local kid shows. In New York the later shorts were aired Saturday mornings on WRCA-TV (later WNBC-TV) as part of Ray Forrest's Children's Theater (which also aired the original Jay Ward-Alex Anderson Crusader Rabbit cartoons). In Chicago they appeared on WGN-TV's Garfield Goose and Friends. Tele-Features, the company which distributed Sam Singer's Courageous Cat™ and Minute Mouse cartoons, took over syndication of The Adventures of Pow Wow in 1960. Sam Singer passed away on January 25, 2001, at the age of 88. 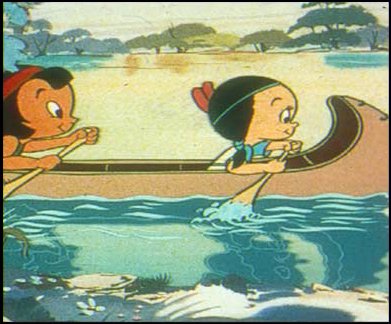 Click below to see a complete Pow Wow cartoon.

This WEB site created and maintained by Ron Kurer.
Send comments to:
ron@toontracker.net

The pictures and RealAudio clips available on this page are presented for historical research and educational purposes only. The Toon Tracker sites are not endorsed by any of the respective copyright owners. The creators and maintainers of this web site take no responsibility for the information provided herein. All products and brand names mentioned are trademarks or registered trademarks of their respective owners. All characters and all related slogans and indicia are trademarks of the respective copyright owners. The use of such material falls under Fair use provisions.